Do I Choose Marketing or Communications

What is the difference between marketing and communications?

I recently ran a search for “Communications” jobs in two, medium-sized cities and got back thousands of results. Great! My profession is in demand. Then I scanned them – pet store clerk, IT professional, RN, loss prevention…. The random list went on and on. Swell – I have an MA in a meaningless buzzword. 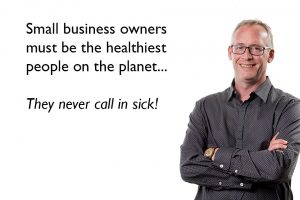 But I didn’t choose my career or my degree all willy-nilly. I still believe in communications, and I know it is a better approach than marketing for certain types of institutions – namely those which garner their funding streams from state funds and private donations (e.g., education programs, colleges, and non-profits). While there are no hard-and-fast divisions between marketing and communications (for instance, each entails establishing a brand) I’ll ignore the overlap for a moment to make my case.

Marketing is, let’s be candid, the re-branded term for advertising. It requires buying ads online, in newspapers, or on television and radio. It requires money with the expectation of return on investment. When Budweiser buys a Super Bowl ad, it will cost several millions of dollars with the expectation of reaching over a hundred million people, and that’s before online virality. They establish a brand that is pro-American. They support the veterans and the sentimentality of dog/horse friendships. Heck, even their can is red white and blue, unlike those unpatriotic people at some other brand. Advertising is telling people something, through ad space-time, that you are not only better, stronger, faster … but cleaner, whiter, brighter. Probably cheaper too. Simply: buy us, not them.

Nonprofits and educational programs do not receive the majority of funding through consumer purchases. Even state colleges, despite rising tuitions, are primarily funded through other means –taxes, grants, and fundraising. So let’s forget advertising for a moment (though that may play a logical but smaller role) and focus on communications for these types of institutions.

The cliché goes, “Communications is 90% listening.” And it’s true. When seeking funding from a private foundation such as Kellogg or a public one such as the National Science Foundation – or from an individual if you work with something like an alumni association – you listen. You listen to what they say are community needs, and that may be based on studies or a personal opinion.

If a major local donor for your workforce development program is a conservative who believes that a major local problem is the lack of language assimilation among immigrants, you just might work some ESL classes into your development program. What you do not do is buy an expensive ad in a newspaper he reads to try to tell him otherwise. Advertising is simply not cost-effective in this case. That is, advertising reaches large groups of potential customers at pennies apiece – the wide net. Communications is one-on-one, committee-by-committee, department-by-department.

So is it any wonder that colleges and programs which take an advertising approach often have the most discord among their various departments? And what is the reason most often given for that discord? – yep, that mere buzzword, “Communications.”

I’ve barely grazed the topic, so there’s fodder for future posts for sure. In the meantime, two things to consider in whether your college, state program, or nonprofit should consider a communications approach: